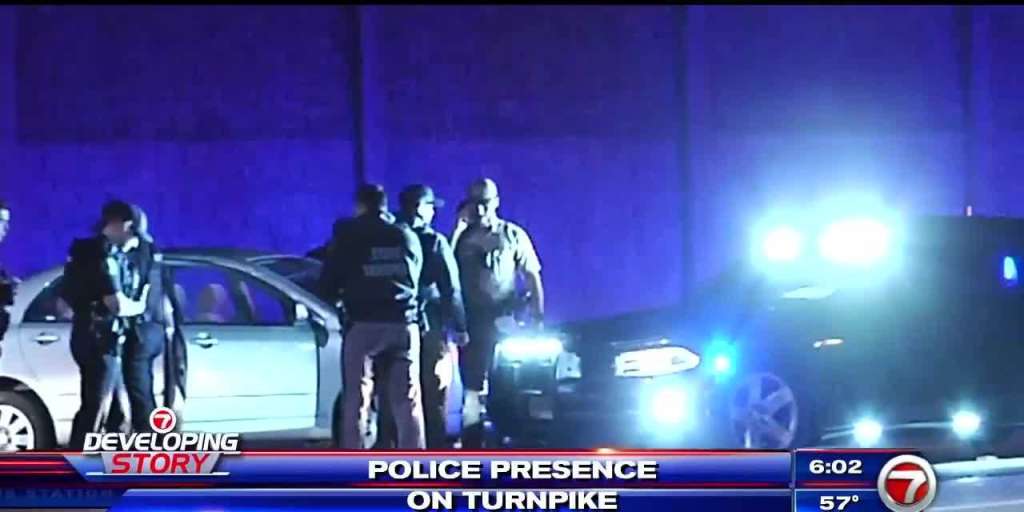 SOUTHWEST MIAMI-DADE, FLA. (WSVN) – One person has been taken into custody after police chased a robbery suspected along the Turnpike in Southwest Miami-Dade.

Several police cruisers could be seen blocking the right-most northbound lane along the Turnpike, just before the Northwest 74th Street exit, at around 4 a.m. on Friday.

Troopers ended up stopping him with a pit maneuver.

The chase was caught on dash cam video.

A tow truck could be seen towing a silver sedan from the scene.

7News cameras captured a man in a hoodie being placed in handcuffs.

Those who frequent the area are advised to seek alternative routes until the scene has cleared.

Please check back on WSVN.com for more details on this developing story.