Nicole, which has the potential to become a Category 1 hurricane, strengthened from a subtropical storm into a tropical storm on Tuesday morning.

According to the National Hurricane Center’s latest advisory, Nicole was about 350 miles northeast of the northwestern Bahamas, and it was moving northwest at 9 mph with 50 mph sustained winds.

On the forecast track, Nicole will approach the east coast of Florida on Wednesday night. Broward County was under a tropical storm warning, hurricane watch, and storm surge watch.

A hurricane warning was in effect from Boca Raton to the Flagler/Volusia County Line in Florida, The Abacos, Berry Islands, Bimini, and Grand Bahama Island in the northwestern Bahamas.

A hurricane watch was in effect from the Flagler/Volusia County Line to Ponte Vedra Beach. 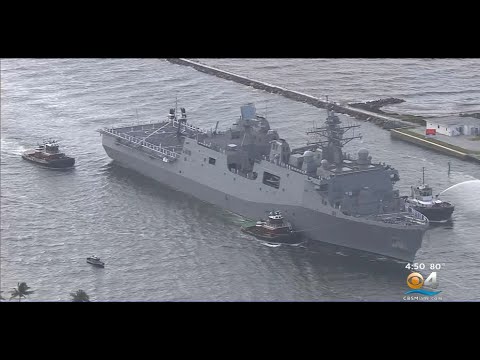